What can we learn from creative conflict between the US and Norway? 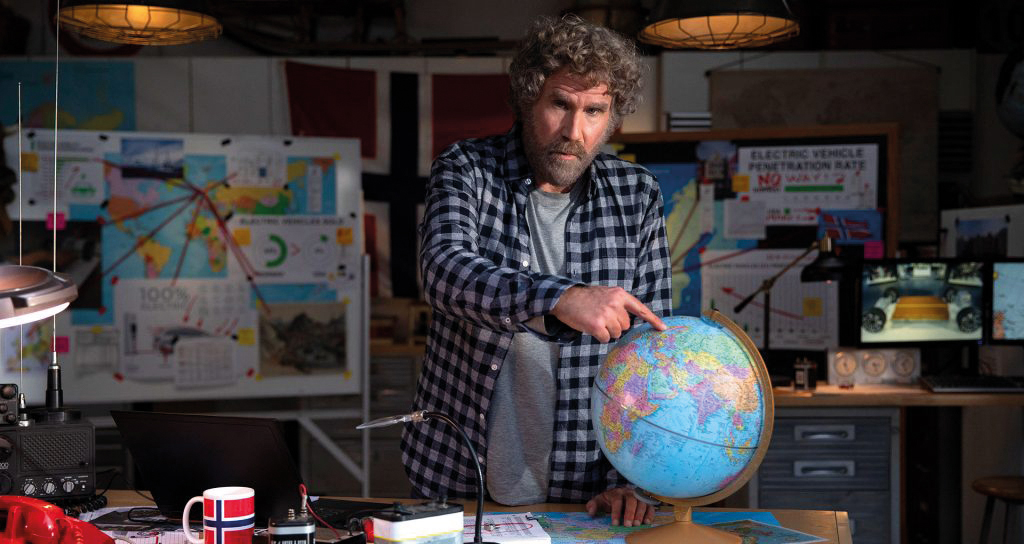 For quite some time now, it seems to me that we started e-mobility the wrong way. Well, at least in communications. For years it has only been connected to climate change. We define it as something necessary to save the world. We are raising awareness about CO2 emissions, the urgent transition, the enthusiastic Scandinavians who are years and years ahead of us (and we are still wondering why we are lagging behind). We discuss properties, limitations and minimal environmental impact. Is it just me or there’s the feeling that e-mobility seems like a necessary compromise that we have to agree to if we want to save the Earth? What a pity! Because e-mobility is by no means a compromise; is an evolution that brings more, both to the environment and to society (individual) and the company. It is a step towards sustainable business.

The development of e-mobility occurs in several areas. One is developed by the state; set appropriate legislative provisions, encourage development through subsidies and others, e.g. tax incentives, provide adequate charging infrastructure. The second is developed by companies – providers who also co-create the story of an adequate number of electric chargers and, of course, a sufficient supply of vehicles. And the third area? A conscious consumer, full of expectations and enthusiasm who can’t wait to become a part of this story.

I wonder if we tackled communication wrong. It is not my intention to set e-mobility as the only solution to environmental problems. As you read this post, keep in mind that all the other mobility options as well as business models can provide.

In January 2020, the American portal Automotive news published a brief analysis of the performance of electronic car (EV) ads. So which ones were more effective? The ones with more reach and response? They analysed year 2019, when over 50 different ads for electronic vehicles were running in America. Emotion-based promotional strategies were twice as effectively over a longer-term perspective than rational fact-based campaign. The data is not surprising as we all share similar experiences in the field of marketing. It is interesting, however, that a mere reference to “rescuing” the nature is not enough to build an emotional spectrum on. It can be a good motivation, but it still needs a strong, sincere and simple emotion around it.

I will highlight second most successful American electric car advertising campaign – “Electric for All” campaign, originally supported by the NGO Veloz, which is fighting to increase sales of electric vehicles in the United States. Veloz decided to go for a completely different, humorous, fun, exciting approach. You could even say self-critical. The central ambassador of the campaign is Arnold Schwarzenegger himself, who could also be credited with promoting diesel-wasting Hummers. Apparently, Arnold was aware of the influence he had with his enthusiasm for these automotive giants after his film success, and decided to speak out about his “conversion”. Not only has he sustainably transformed his car fleet, he has accepted the joke at his own expense in the campaign. In a 3-minute video, with a few announcement spots, outdoor advertising and a social media campaign, he jumped into the comic role of a disguised car salesman. Diesel enthusiast – as he once was, has a special mission in the video – to convince everyone interested in an electric car to buy a diesel car. At the final turnaround he demands to immediately buy an electric car with all the listed benefits.

Humor, rather than anger or fear even in the case of “serious” sustainable topics, therefore “works”.

And speaking of Hummer. At last year’s U.S. Super Bowl football finale, General Motors premiered the electric Hummer EV in a 60-second spot. After being discontinued in 2015 they returned to the market with NBA superstar LeBron James. In a dramatic advertisement, they announce a “silent revolution”.

The Super Bowl 2020 predicted a real boom in electric vehicle advertising. For the first time in history, eight vehicles advertisements were running during the event (for comparison; in the last 10 years there were only three), four of which were for electric cars. Audi E-Tron, Ford Mustang, the aforementioned General Motors Hummer and Porsche Tycan. The classic debate after the event erupted on social media in favour of Porsche and General Motors, but unfortunately did not go any further than that. The reason can also be a corona crisis, critics can also define these high-profile ads as too luxurious, reaching only a group of selected (wealthy) enthusiasts and not the general public. It is time to move from the first enthusiasts to general, mainstream customers.

Luckily this year’s Super Bowl just happened. General Motors seems to have chosen this event for its groundbreaking sustainability stories. With a newly renewed logo, a promise to present 30 new EV models by the end of 2025, and a memorable ad for “We are generation E”. Who can’t stop them now.

In case you missed it – Why does Will Ferrel hate Norway?

A week before the event, a series of three short spots escalated attention. At the Super Bowl American comedian declared a match to Norway – due to the fact that Norway sells most electric vehicles per capita. Ferrell begins “I won’t tolerate that. We will crush them with a GM battery. Crush – let’s go, America! “

And so it begins. In just a few days, Norway responded to General Motors’ ad with a series of ads. Audi Norway. Who took the opportunity and responded to Ferrel with three videos starring Game of Thrones’ actor Kristoffer Hivju. Short, fun, with a call “Don’t Hate. Imitate.” ”Ferrell’s hatred for Norway is based on the sale of electric cars and it is natural that we defend Norway and the Norwegian car market. Our own international star behind the wheel of Norway’s best-selling car, the electric Audi e-tron, may be what it takes to stop Ferrell’s anti-Norwegian campaign,” said Tommy Bækkevold Jensen, head of marketing for Audi Norway, in a press release.

Electric vehicles are a sustainable evolution, not a compromise!

We should take global advertising practices in the field of e-mobility as inspiration and encouragement. E-mobility needs creative encouragement in terms of communication. Even if the story of e-mobility is not yet fully composed. Even if producers are faced with a difficult situation of introducing a new offer, which in a way challenges the existing one – but they cannot exist without one. But customers need more. Relaxation, lightness that creates the desire to have this car. It takes enthusiasm, anticipation to become part of the evolution of vehicle development, to be a proud part of the story. Good for the environment, good for society, good for ourselves. It is difficult to imagine that only with rationality and awareness will Slovenians turn current statistics into a positive trend. As SiOL found out in a short survey at the end of 2020 to question “Would they buy an electric car in 2021?”, 30% of Slovenes answered negatively, 40% answer with no, but are still waiting for more practical offers, 14% are waiting for higher subsidies, and 16% answered with yes.

It’s time to go beyond dealing with the need for electric cars and the reasons for them. A future with the same practice of depleting natural resources is no longer possible. Changes are needed. The automotive industry has long researched its product, looking for opportunities for improvement, developing innovations, introducing them and gradually bringing them to market. Evolution is happening and there is no reason for customers to wait for excitement. If we want them to get on this “e-train,” we need to offer them something more than just lower emissions, a promise of mileage, and (domestic) electric chargers. I mean, since the car is still a car, right? With its eternal feeling of freedom, limitless possibilities of discovery, experiences – and if it is still good for nature, even better.

Don’t hate. Imitate. The three catchphrases of Audi’s response to General Motors’ provocation aren’t just good creative. They are a condensed sustainable mindset that has become a social standard in Norway. “Imitate” is not meant in a negative sense. “Imitate” is an invitation to participate. Towards introducing good practices that work. Towards tracking what is good for the environment and society. In sustainable business, there is no closed competition in the sense encouraged by “business as usual”, but innovative solutions, practices that work, are shared within the industry. Which we can admire in companies that are driven by a sense of existence.

The partnership also pays off

At the end of last year, a campaign for the electric version of the second best-selling car in the UK, the Corsa-E, also took place in the UK. Opel has also opted for a slightly different, fun digital campaign, designed in collaboration with the world’s largest automotive YouTube channel Carwow. The main part of the native content campaign was a 60-sec video in which 6 biggest myths of electric vehicles are discarded. Results? A million organic views. Fascinating, as they did not invest a single cent advertising the video. Especially if we take into account that by announcing a sale of only electric vehicles in the UK after 2030 is already creating a crowd among electric vehicle providers.